What I've learned about Pokemon Go and why you should care

Unless you've been living under a rock or have opted out of 21st century technologies and all forms of media, know that there is a game called Pokemon Go that has taken over the free time of people of all ages.

Pokemon Go is a game that can be installed on mobile devices. The game uses the GPS from the device to provide players a view of their real world with an overlay of their game character (avatar) and the items and creatures to interact with. The object of the game is a little complex and it depends on the person playing it what they might say the whole point is - it is either to collect all the Pokemon, to defeat other players in the Pokemon Gyms, or to pass time. 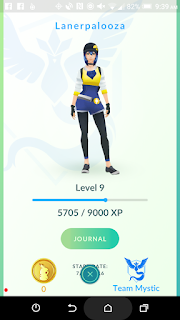 As a 50-something educator, mother of five, and sociologist, I decided it would be short-sighted of me to not invest some time into the game to figure out what the big deal is, what are future implications in society, and how does this translate in the classroom. I received some disapproving glances from friends and strangers, high fives from teenagers, and hugs from my children during my experience as a player.

This article will divulge the basic information I have gleaned as a player and ideas I have for how this information could transfer into either future research or changes in practice, regardless of what line of work you are in. It was not a scientific study, so everything I am about to write is anecdotal, but still worth pondering.

The Players (called Trainers in the game)

The first thing that began to emerge for me were four distinct categories of players:

When I came across groups of people at a lure, I had the opportunity to talk to some. I found that there are different motivations for people who play the game. This is the piece I was really interested in. My burning question was "Why would THIS game take hold of the world so quickly, and how can I leverage that to forecast what it might mean to our future society?" Again, I began to see some distinct motivators that people would sort under:

Something I didn't set out to observe, but which happened accidentally, was how people who aren't playing Pokemon Go perceive people around them who they believe to be playing. Since the game began, we have all seen increasing numbers of people outside walking and more groups of people walking or lingering in places. We also have seen more people walking while holding a phone in front of their face . . . or have we? I have been asked if I am playing Pokemon Go while I was reading an email in the parking lot of Starbucks and while I was texting my son to remind him to put out the trash as I was waiting in line at the grocery store. These compete strangers who would never have spoken to me otherwise, felt empowered to smugly ask "Are you playing Pokemon?". I have to say I was a little bit offended. I was reminded of how I felt when smart phones first came out and I found them to be the most convenient way for me to take notes when I was listening to a presenter. I was called out in the middle of a presentation for texting during his speech. As all heads turned to look at me, I held up my phone and said "this is all I have for taking notes, would you like me to stop listening to you?"

Another misconception is that it is dangerous to play Pokemon Go. The truth is, it is dangerous to do anything without planning and being aware. If a lure is in a shady part of town and an area that easily hides potential criminals, why would you stop there? Included in the "dangerous" aspect is the misconception that all Pokemon players are so busy watching their phones that they are walking in front of traffic, off cliffs, etc. The truth is, people have been doing stupid things like that since the beginning of time. I would guess the same percentage of people are going to not look both ways before crossing the street playing Pokemon as there would have been reading a book, talking on the telephone, daydreaming, etc. I would still like to share this campy video a nearby Police Department made to warn people of the dangers of not paying attention while playing Pokemon:

Why Should I Care?

The list can go on and on. I have not even begun to strategically consider what this means to our future society. This article is a first step in that process.

Have you considered Pokemon Go? What might it mean for your line of work?
Posted by eplybon at 7:43 AM

I know this is an old posting. I just read it. The suggestion of 'surrogate' players is the first I have seen. And last year I read a lot about the game and it's apparent hold on so many. I even got in 'arguments' with my nieces about it :)
I'm however very intrigued as to what you think now. As Pokémon go has kind of gone the way of a fad. Just curious.

Hello, and thanks for reading! Pokemon did go away pretty quickly, as I thought it would, but it can still tell us some things about possible future trends. The surrogate player idea is not a new one, per se - although people may not have thought about it for Pokemon, specifically. MMORPGs have a long history of players who are willing to pay others for currency and other items in-game. Society's tendency toward something for nothing doesn't diminish in the online world. 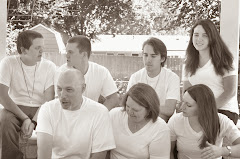